When the Vikings came to AFJS…

On the 26th of November, Vikings came to our school to teach us all about themselves and their life. At first, they took us down to the hall and showed us how Viking families worked, about slaves and food. We made Viking families with mums, dads and children. There were four slaves and some mums had to bid on the slaves to buy them and whoever had the most money and slaves at the end won. The mothers had lots of responsibilities like farming, taking care of the children, and making clothes. After break, we all went back to our classrooms. They showed us how they lived in the olden days and how to survive. They showed us the everyday items they used. This included how to make flour using two rocks. The largest rock is at the bottom then the smallest rock at the top and we would move the top one forwards and backwards. They laid out a display of artefacts with bones and needles made out of carved bone and hammers. After lunch we went into the other classroom and learned how Vikings made clothes with wool. The lady who taught us showed us how to make special bracelets out of wool. The bracelets are a little bit like loom bands but instead made of wool and made differently. First we had any colour to try but when we finished we had our choice of colour and we even made them with two colours of wool. We had many different activities but mostly we enjoyed making the bracelets. Near the end of the day we went back into the hall. Several of us dressed up in Viking armour – it was great fun! They showed us all the weapons they used and then they gave us a spear and a shield and we practised a routine that they did back in Viking time. The whole day was a fabulous learning journey exploring the life of the Viking people. Thank you Timezones! 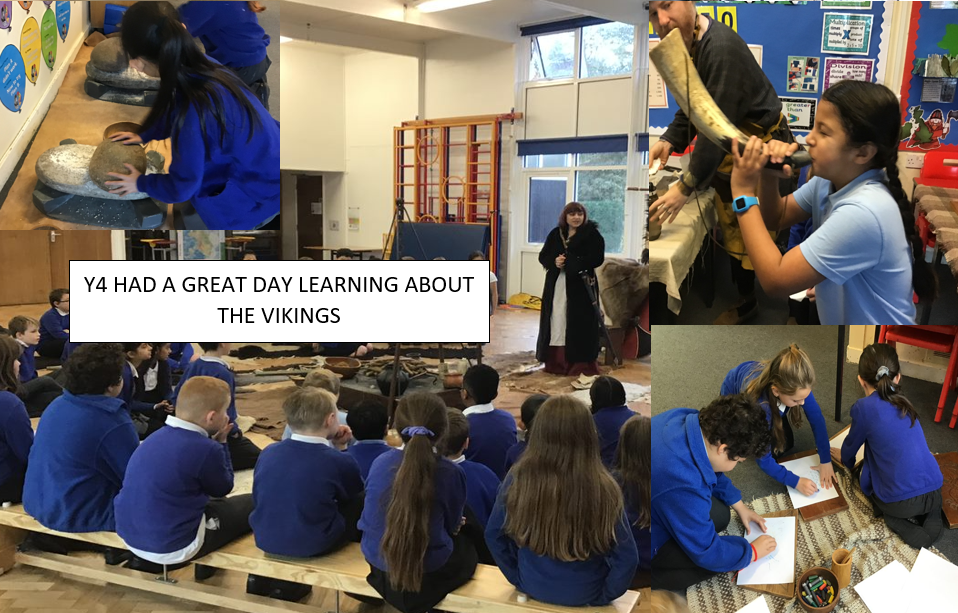